Dieter Vanoutrive is a member of the Brussels Bar Association since 2012 and a Senior Associate, member of the Corporate & Commercial law department, at Pierstone Brussels.

He is fluent in Dutch, French, English and Spanish with a working knowledge of German.

During his career, Dieter gained experience and expertise in a wide range of economic sectors in which his practice focuses on the legal aspects of Commercial, Insolvency and Corporate law, and complex litigation and Arbitration.

Dieter advises and represents his clients in the following areas:

Dieter graduated as Master in Law at the University of Leuven (KUL) in 2012.

In 2016, Dieter earned a Postgraduate Master degree to act as a Bankruptcy Trustee – Liquidator in the field of Insolvency law.

During his studies, Dieter gained experience and expertise as a trainee at the Belgian Embassy in Madrid and at Contrast European and Business Law in 2011. In 2012, Dieter subsequently engaged at the Study Centre for Consumer Law at the University of Leuven (KUL) as well as a trainee at Unilever.

Dieter started his career as an associate at Racine in 2012, specializing on Commercial, Insolvency and Corporate law.

Since 2019, Dieter has been a Senior Associate and a member of the Corporate and Commercial Law Department of the law firm Clerens.

The law firm Clerens joined Pierstone in 2020. Since then, Dieter has been a Senior Associate and member of the Corporate and Commercial Law Department of Pierstone.

Dieter is also frequently appointed as a company liquidator and bankruptcy trustee. 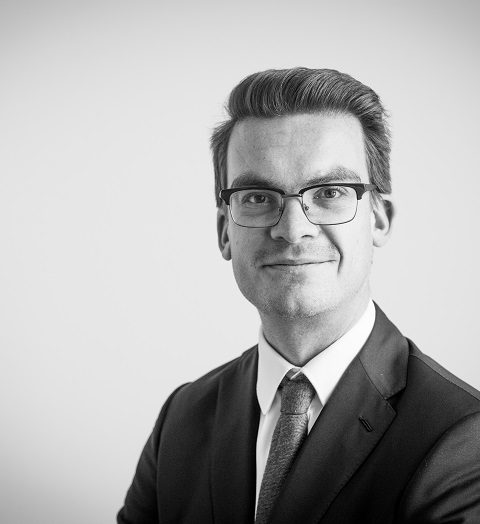