Patrice Vanderbeeken is a member of the Brussels Bar Association since 1999 and a Founding Partner, co-head of the Intellectual Property & IT law department, at Pierstone Brussels.

He is fluent in Dutch, English, French and German.

Patrice enjoys a reputation as a prominent technology lawyer recognised by Chambers (since 2009) and the Legal 500 for TMT, association work and data protection. He has extensive experience in IT and IP law, with a focus on the following areas:

Patrice is well recognized for his work in distribution contracts and related (pre-)litigation. He has written various articles on the subject and has litigated some high profile cases regarding newly set principles of law on assignment of contracts, territorial scope, etc..

Patrice is also strongly recognized for his data protection and general corporate assistance to international associations, for which he has been praised in the Legal 500. His 20 years of experience in IP and TMT allow him to better understand the associations’ needs in term of articles of association and contracts (data protection, website, R&D, consultancy, licensing, IPR policy, etc.), standardization (IEEE, ITU-T, Cenelec, …) and subsidies (Horizon 2020, Life, etc.).

Patrice has developed a particular interest in India and its culture and is therefore heading the Pierstone Indian desk since his participation to Prince Philip’s mission to India in 2010 during which he organized a seminar with the Indian Merchants’ Chamber in Mumbai on the Benelux as the gateway to Europe.

As a former external advisor to the technology transfer office of a leading university and GSK Vaccines’ US general counsel, Patrice has gained an excellent understanding of both the industry’s and the academics’ perspective with regard to technology and life sciences contracting (privacy, R&D and licensing). He has also developed extensive knowledge in EU and regional Research Framework Programmes.

He has been trained at the Universities of Leuven (1997 – Masters in Law), Namur (1995), Passau (1998) and at the Vlerick Leuven Ghent management School (1999 – MBA) which are strongly recognised in the QS and Times Higher Education rankings. Patrice also has followed the masterclass of the Institute for Pharmaceutical Business Administration 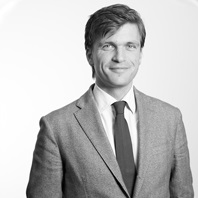